John Patrick is actually a man of many hats!

His first was a beanie of macrobiotic foods when he grew up in the counter-culture revolution of the 60's. But he soon exchanged that one for the cap of communal living in the 1970’s.

With no formal training or experience, John Patrick launched his career in 1982, literally from the top down, by making head wear out of vintage finds. He sported the chapeau of women's fashion designer for the next 20 years.

Michael Londrigan on the Recession, Sustainability & the Future of Menswear

What are your thoughts on sustainability and menswear; for example, are green trends making inroads?

"You raise valid questions regarding green and sustainability, but my contention is that menswear is inherently sustainable. Think about it compared to women’s wear, which is pretty much disposable clothing. What a woman wears one season, you will not see the next (of course, this is a generalization but one that holds truth). Whereas menswear, you invest in pieces—a suit, sport coat,… Continue

Intrigued with John Patrick's pioneering work in the green apparel movement, I sent him an email with several questions. John responded immediately:

"First and foremost, the organic dialogue is what I set about to discuss when I first started doing the organic collection in 2003. Not many people were talking about this in that moment, and there was very small selection—almost nothing.

In each collection I use organic cotton and, in winter, organic wool. I also started to… Continue

Did you see the Estethica London Fashion Week party pics? 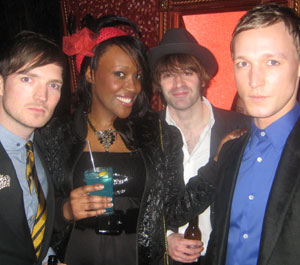 Hi everyone. Just incase you missed them, here are the party pics from the starry Estethica party at London Fashion Week: http://www.greenmystyle.com/category/fashion/london-fashion-week. I still haven't washed since Brendan Cole put his hand on my lower back that night. What is it about that man and the way he touches a woman ;-)?

Did you all see the Estethica London Fashion Week party pics?

Hi everyone, just a quickie in case you missed the party pics from the fab Estethica do during London Fashion Week. I've not washed since feeling Brendan Cole's hand on my lower back. I mean, what is it about that man? See the pictures here: http://www.greenmystyle.com/category/fashion/london-fashion-week 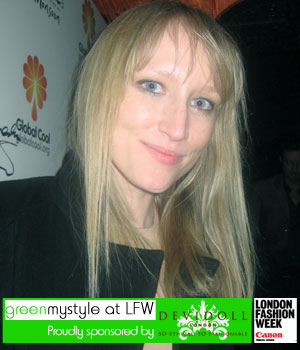 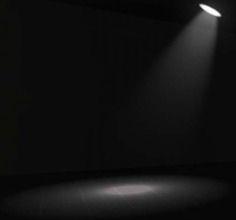 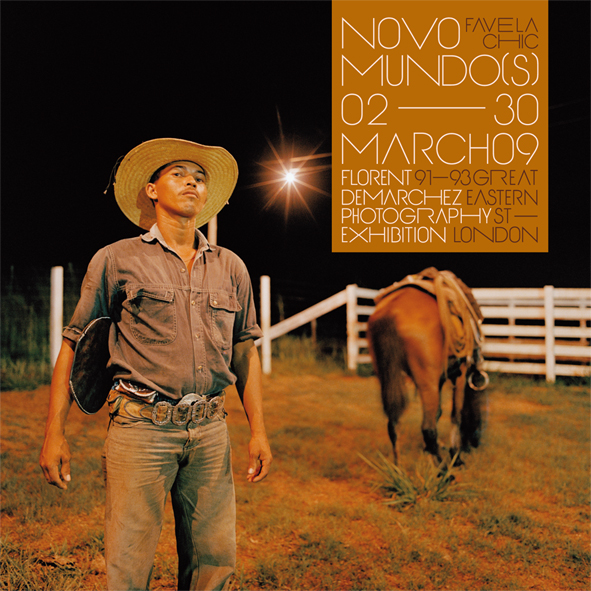 A new conception of the world is coming to the fore. Novo Mundo(s) reveals arising new initiatives, fighting for a different world on the edge of the global economy. Trades, production, and land cultivation are being reconsidered by people trying to regain esteem and dignity, on the ground and in the field. Are the keys for another world not there ?

This exhibition is the result of the journey of photographer… Continue

Girl About Town - EFF at Estethica

Estethica, at London Fashion Week, is now well established in it's sixth year - and with it's launch on Friday 20th February being the opening event for the exhibition at the Natural History Museum, ethical fashion is clearly making the statement of being the most important and exciting part of the fashion industry today.

The Ethical Fashion Forum were proud to be showcasing the work of three fantastic designers: Izzy Lane, the New Designer of the Year winner from Novembers… Continue

Are you a designer interested in working with sustainable Indian textiles, working collaboratively and sharing skills and perspectives? Would you be interested in having this work showcased at London and Indian fashion week in September 2009?

The Centre for Sustainable Fashion (CSF) are running Shared Talent India to recruit UK and Indian design talent to showcase fashion applications for sustainable Indian textiles. The CSF are seeking a team of 6 talented UK – based designers to… Continue 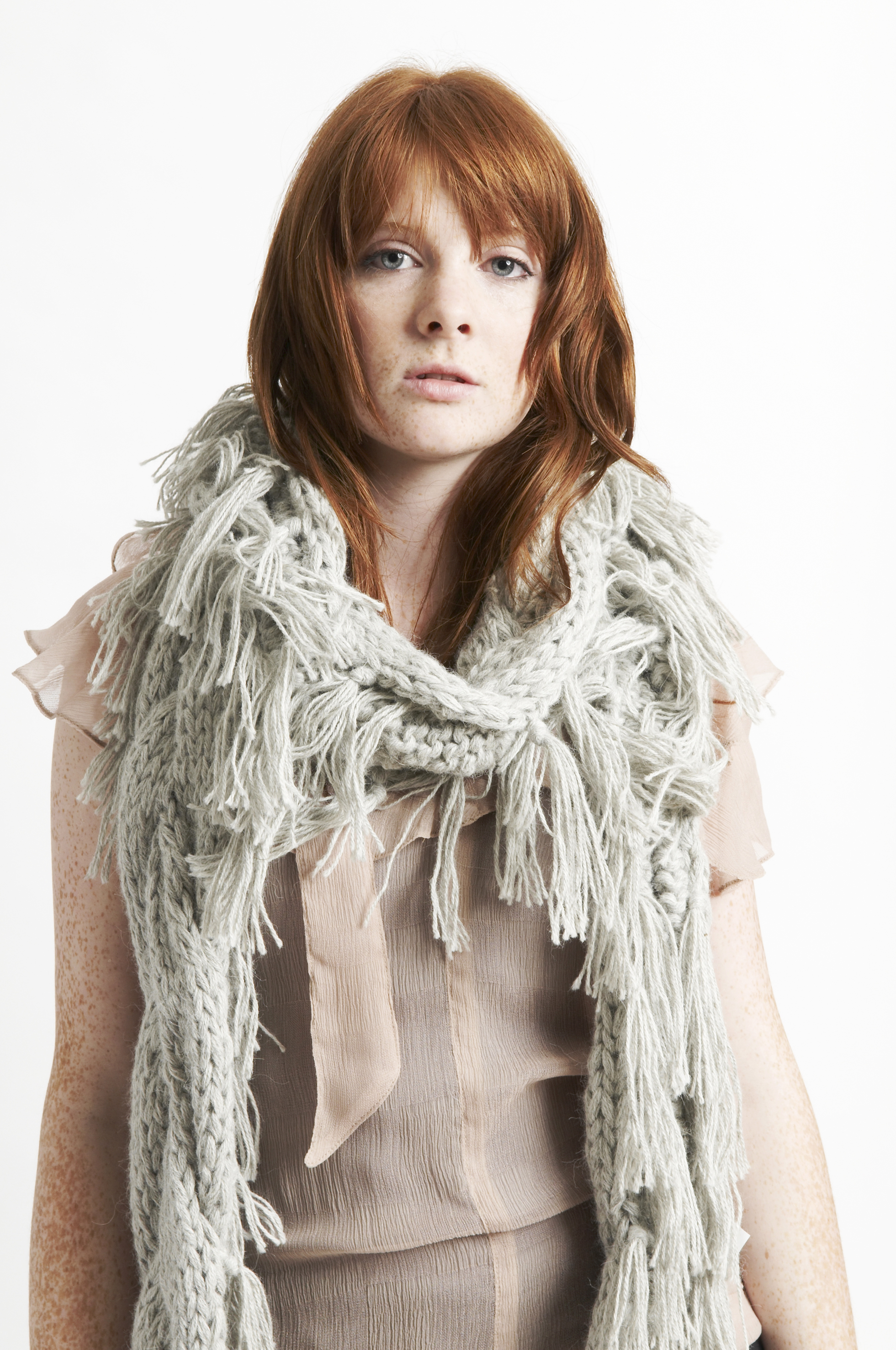 Ciel showed its signature chunky knits at London Fashion week recently pioneering more cool green style and killer it peices for next winter - incredible knits, dripping with fringes of crystalised fire and ice in a pallate of silver, soft rose and rich wine and golds cool dresses and lounge wear for the considerably growing band of cool style led eco-fashionista's - to see whats available for SS09 check out the website at… Continue

On Friday, February 20th, the British Fashion Council kicked off the 6th season of estethica—London Fashion Week's green initiative. Reputed as the world's leading showcase of sustainable designer fashion, estethica has grown from 13 to 37 designers, who adhere to one of three guiding principles: organic, fair trade, or recycled. From design to production onto retail and disposal, estethica aims at promoting sustainable life cycles in high end fashion. Encouragingly, several notable menswear… Continue

Hi,
Pure Pod is having a HUGE STUDIO STOCK SALE to make room for our new collection.
Please contact our studio for a list of items on SALE!
kelli@podproductions.com.au We are a textile testing and certification company based in the U.K.We currently offer two eco-textile schemes.

The first is Oekotex 100 and Oekotex 1000.We have been running this scheme for the last 14 years,oekotex 100 is a series of tests that we carryout on textiles to ensure that there are no harmful chemicals present in the textile.
The tests carriedout are determined by the type of textile.Over 8000 companies… Continue

Hi There,
We are a textile testing and certification company based in the U.K.We currently run two eco schemes.Oeko tex 100 and "made in Green".
We are exploring a new and exciting sustainable project and I was hoping that if you are a designer reading this might you might be able to help with our research.
As a designer what influences your choice in choosing a fabric for a new design and in what priority,i,e,Price,design,material,ethics?I am trying to understand your influence… Continue 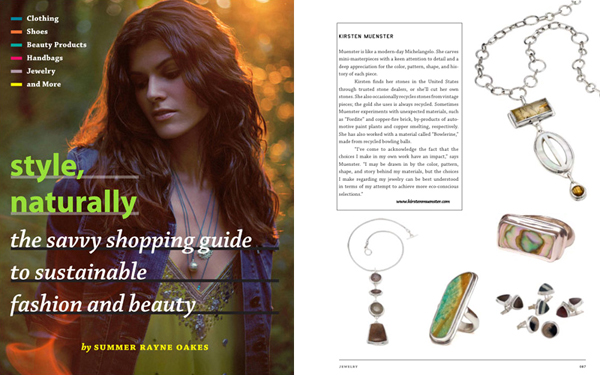 I'm excited to announce the launch of this stunning new book by Summer Rayne Oakes. The focus is on environmentally-conscious fashion and beauty and it also helps us understand the connection between our fashion choices and the effects those choices have on the world around us.

Girl About Town - Roll up, roll up! To London Fashion Week! London Fashion Week is with us again, and despite the gloomy economic forecasts, there is a buzz of anticipation in the air. Ethical fashion offers designers the opportunity to create with innovation and consideration, something sorely needed in these times. Last night things kicked off with Ada Zanditon's first show for London Fashion Week, at Divo in Picadilly. Zanditon has already shown collections in China and at Paris Ethical Fashion Week,… Continue

I'm inviting you to pay a visit to :

Blog with a View, pictures, sounds, texts I love/like, write

The Ethical Fashion Forum partnered with Pure London at this years show, running from the 8th-10th of February, for the first ever Ethical Pure. Launched in response to the growing demand for fashion with a conscience, Ethical Pure brought together some of the best clothing, footwear and accessories brands in ethical fashion.

EFF was excited to showcase the work of their Innovation competition winners, shown below...
Beautiful Soul…
Continue