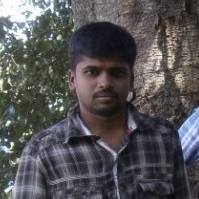 Welcome to Organic Fabric:At Organic clothes India, we believe fabric just feels better when it's friends with the Earth. That's why we deal exclusively in organically sourced or naturally grown…Continue

We are looking for buyers for ORGANIC COTTON HERBAL / NATURAL DYED GARMENTS. for more details pls contact us : info@organicclothesindia.comContinue

Whatever man do he can't compete with nature. Needless to say that natural dyes derived from plant are the best. Inspite of few limitations no other dye is comparable to natural dye with regard to…Continue

Ranganathan has not received any gifts yet

My primary role in relation to fashion is:
Manufacturer

About me / About business or organisation:
Welcome to organic clothes India
Natural way for future health and Earth

We Specialize in Organic Cotton,SILK,Natural Dyed garments and Organic Garments..

We are manufacturing Fashion garments.

We are textile manufacturing and supplying all type of certified organic Baby knit wear garments. Our Company specializing in
ORGANIC TEXTILES and other eco-friendly products. We have made organics lively and colorful. All our organic products are certified by agencies such as ETKO (of TURKY) and specifications such as GOTS (Global Organic Textiles Standards.) We place emphasis on both environment and health. We continually research and develop lively and fashionable products which also meet the eco-friendly and health criteria. We are among the most knowledgeable and most advanced organic textile companies. Our products range includes home textiles, apparels, organic fabrics.

We specialize in developing and private label manufacturing textile products. Our efforts to provide eco-friendly products are continuous. Our 100% organic cotton products rank among the top of eco-friendliness. In many of our products even the packaging is also organic. Our mission is to eliminate chemicals and eco-damaging processes. For more details pls contact us.

Career history / Company history:
Initially we made normal garments.Afterwards we decided to make only environment friendly garments in a fair manner like Organic SILK,Natural Dyed and Organic Cotton 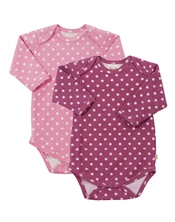 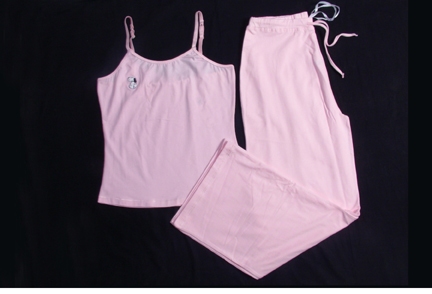 Whatever Man does he can not Compete with Nature

Dyeing has almost ceased to exist as a traditional art. The importance of colour in our lives seems to be realised less and less. It has been forgotten that strong and beautiful colour, such as used to abound in all every day things, is an essential to the full joy of life. A sort of fear or nervousness of…

How is everything with you, I picked interest on you after going through your short profile and deemed it necessary to write you immediately. I have something very vital to disclose to you, but I found it difficult to express myself here, since it's a public site.Could you please get back to me( mrsstellakwale200@gmail.com ) for the full details.

Have a nice day

The chemical color reproduced by Science entered human life and brought  many evils to man kind as whole and individual users .Pollution to soil, water and earth spaces , energy is now diabetic and info is now pron .

When man stopped living and started existing in and around palaces and temples some 1000 years ago he lost all connection to nature living and learning with creativity that turned him wise. In East and West when chemical entered, it has entered for no any noble reason. Petro based dyes are the invention of Big Oil companies in nexus with Dye Companies to earn profits. The STERO-TYPE nature in living of urban attracted pimps and psychophants into cities.

The synthetic man made Cheap dyes was introduced against much protests from Homeo-Paths in Europe.They were ‘living’ people like our rural ones, had the wisdom earned to advise us.

Similar incidents can be quoted from India. Every Indian farmer objected to B.T. Cotton when it was introduced , but the govt. did not listen ,finally it  was stopped  only after 2.5 lakhs suicides or a genocide taken place! They are ones living they had earned wisdom from tradition and day to day living. Their only sin was to earn more bank interest cover loans they tried, failed and got suicide is also a deserving punishment.

Thus B.T.cotton along with Petro based dyes like synthetic cheap man made Indigo  dyes were introduced into temple and palaces, they wee introduced  not for any benefit of any single  beings involved or great value to Humanity.  In Ayur-Vedha science, only true medical science, man-made dyes are classed as Drug, that is poison . Millions of colors of chemical today is polluting human body mind emotion by impact and intellect to block the spiritual growth, which was ultimate destination for man kind.

Thus, as on day Man is made compulsarily to remain deluded.Our ancestors had spiritual boundary and managed it well. The 17% of educated dry intellect ceased to free themselves from the illusion by the lack of spiritual boundary. Lack of correct judgement makes them miss-use science and join gangs. Just 150 years ago the social elites were not that deluded as today ones are. With left out 83% we have poor and ignorence and the last is 3 % evolved souls.The 80 % of rural and urban poor gains wisdom from being close to nature but they do not occupy power seats.

There is a frog story: When water is cold it will jump and keep on; you keep on slowly raising heat the frog will not like to jump out will continue staying. Put a frog in hot water it will quickly jump out, but not in this case, as when you are in pollution you know , at the same time know not it. But when in slow heating pot one will not realize what is happening he will die blithfuly. Similarly, with long years of  chemical dyes human brain are eye ball psychically washed They cannot understand natural one  again the like natural ones.The nano capsules of chemical dyes  enters our breath 21,000 times a day along with our breath. The respiratory, digestive and vascular canal are stormed weakned. Its impact is body is biologically polluted, mind is neuro-network altered; emotionally one gets excess love but only to get explode soon as emotion is not controllable, emotion is bodies reaction to mind; intellectually ration and logic is overly confident built; I behaved as if, Material World is existing and used to swear on Electron-God, but would not believe on existence of Soul some time in my youth.   Thus when I lost the spiritual boundary I entered into fashion fancy business, illusion is illusion to almost 17 % of the educated population in this world today. Thus the present day presence of chemical dyes; in our life is ruining us to make deluded social local animal. This is the role the synthetic dyes play in our life.

Thank you for the invitation.

Thank you for the connection.

Wonderful to have you in my network.

Looking forward to learning more of you.