Girl About Town - Let It Snow 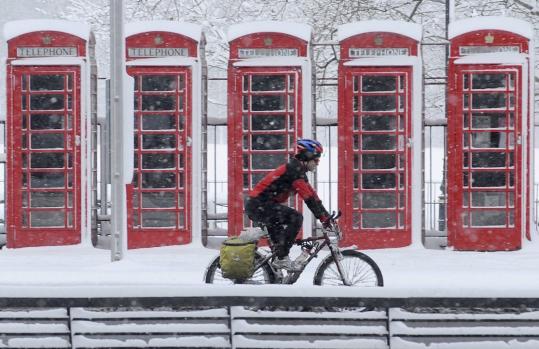 For those of us in the UK, we saw much of the country transformed into a winter wonderland earlier this week. Inevitably there was an outcry at the country's inability to cope with a few inches of snow, as road, rail and airline travel ground to a halt. But I say we should embrace the occassional day when you can pause for a while, and join in the collective enthusiasm for something as simple as snow!

And speaking of transport...figures showed that London air pollution plummeted along with the temperatures. With empty roads and skies, scientists at King's College London who manage the London Air Quality Network measured large drops in the levels of air pollution. For example, nitrogen oxide fell from 110 parts per billion (on a regular Monday) to only 15 parts per billion on Monday 2nd February (for the full Guardian report follow this link).

So although not directly relating to fashion, anything that makes us realise how our everyday lives affects the planet and the environment we live in has to be a good thing. Maybe we can all make the effort to have a 'snow day' more often - there doesn't necessarily have to be snow, but walk instead of taking the bus, cycle instead of jumping in the car, and talk a moment to appreciate the small things in life!