End of the road for endosulfan 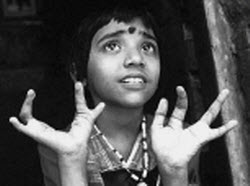 Earlier this month, EJF were celebrating the wise decision made by Committee members at the Persistent Organic Pollutants Review Committee in Geneva that endosulfan is sufficiently dangerous to humans and the environment so that global action is warranted.

Endosulfan has been banned from 62 countries around the world as exposure to the chemical has been linked to health conditions including physical deformities, cerebral palsy, infertility and cancer.

India continues to fight a global ban on the deadly pesticide endosulfan and was the only member to vote against it during the fifth meeting of the Persistent Organic Pollutants Review Committee in Geneva. All other countries, including France, Burkina Faso, Republic of Korea, and Honduras have already banned this harmful chemical.

EJF has campaigned for a ban on this pesticide since 2001 and this is an important break-through for endosulfan as it means the pesticide has progressed one step closer to a global ban. However, we are not quite there and need your help to encourage the Indian Government to join us in banning the use of endosulfan for good.

Take 1 minute to send a letter calling for the Indian Government to support a global ban on the deadly pesticide endosulfan and learn out more about our Deadly Chemicals campaign by reading our downloadable reports here.

Thanks for your support!