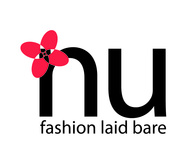 Export to Outlook or iCal (.ics)

Nu Magazine will be hosting it's first ethical fashion show at the Fishtank Festival on Saturday 17 October and you're all invited!

(If you want to feature your clothes in the show and appear in the Autumn edition of Nu, get in touch.)

Admission: Tickets are £8 in advance (through fishtankfestival.com) or £10 on the door.

Fish Tank exposes both artists and audiences to new and inspiring ideas.

RSVP for Fishtank Festival - the Nu relaunch to add comments!