CEO of Bag It Don’t Bin It Ltd. (BIDBI), a Sheffield-based company, was crowned with UK Small & Medium Company Director of the Year in London on Friday 24 October 2014. She said: “I have worked tirelessly over the last 7 years as I have taken BIDBI from ground zero, from a time when I had absolutely no money to a company that now turns over £2m and employs 25 people at our eco-print factory in the heart of industrial Sheffield.”

Julia did not expect to win. Right before the event she lost her voice due to an infection to her throat. What she did not see was a big win and a speech expected from her. But she made it work anyway, like she always does all these years with countless difficulties along her way to success.

Before BIDBI, Julia was a spokeswoman on a number of regional, national and European-wide issues, she still writes monthly for The Times online SME Hub and is a brand consultant for a Japanese retail chain.

As early as in 1990 her own fashion brand, Gash, already gained a national export award and a visit to Buckingham Palace. Her following lingerie business succeeded worldwide.

Drawing from her business experience for over 20 years, Julia delivered a notably brief but powerful speech after ex MP and travel presenter, Michael Portillo, handed her the award at the London ceremony.

For her own business she said: “Recent times have been particularly tough as we have had a massive growth spurt and my priority has been to build a strong and skilled team to support me at BIDBI and our own brand label: Talented.  I am therefore fortunate to work with a fantastic group of people and I am humbled by their amazing work ethic and trust in me, which often takes them outside their comfort zone, day in day out." 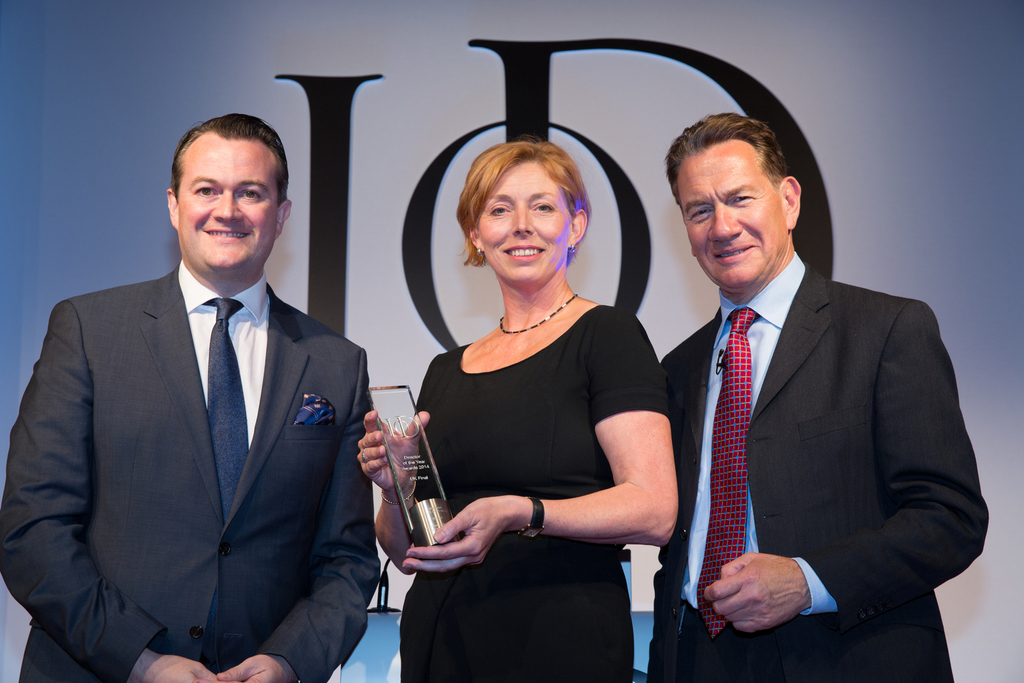 She urged Britain's business leaders to let their voices by heard on political issues such as Europe at the ceremony commenting that it was the business argument that swayed voters in the recent Scottish referendum. As a passionate and outspoken pro European, Julia said that the free movement of people and goods was a vital component for a successful British economy.

We hope and trust that by following Julia’s words in her speech, the British economy will be as bright as her smile.