How government procurement can usher in a more ethical economy 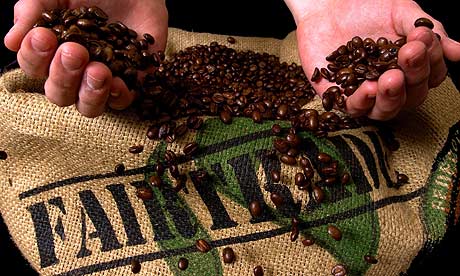 Mention the word 'procurement' to most people and you will likely be met with an expression somewhere between boredom and indifference. Procurement (or 'buying') is not an exciting topic, like social innovation or social media. Yet, it is one of the most important tools in developing the market for social enterprises and remains a vast, largely untapped resource.

The sheer scale of government procurement spending, estimated to be £150-£200 bn in the UK alone, means that it has the potential to shift the market across multiple industries and have a catalysing effect on the ethical economy.

Attempts have been made in the UK to better understand and improve government use of procurement as a driver for social impact, particularly in context of the environment. These include the establishment of the Sustainable Procurement Taskforce in 2005 and subsequent Action Plan, and more recently the launch of the National Sustainable Public Procurement Programme. But while these efforts are high on detail, they have failed to produce the radical transformation required in government procurement.

Even those initiatives that have been implemented, such as the 'UK timber procurement policy' which demands that central government departments purchase only sustainably sourced timber from 2015, lack pioneering vision. British retailer B&Q already managed to achieve this very aim in February this year, despite having 16,000 timber based products!

Much of the innovation in 'impact procurement' has come from the private sector. M&S committed to only buying Fairtrade tea and coffee in 2006 and aims to have all their fish sourced from Marine Stewardship Council sources by 2015. In 2010, Google purchased nearly the entire output of a wind farm in Iowa for a 20 year period as part of its commitment to sourcing renewable energy for its operations.


This content is brought to you by Guardian Professional. To join the social enterprise network, click here.