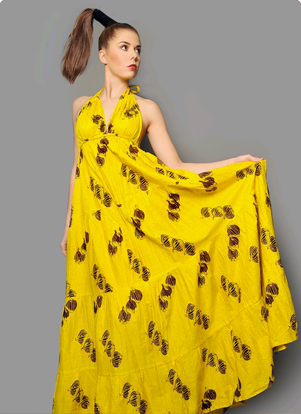 SylesAfrik will cater to those who have an interest in Indigenous and African influenced design and culture.

The site will feature a variety of items from designer fashion to children’s wear including an innovative and inspiring homewear section giving buyers the opportunity to purchase limited edition handmade items made by artist using traditional methods to produce cutting edge modern designs.

Stephanie Mensah and Harrison Ofosu, directors and developers of StylesAfrik decided to start the website when they realised there was a gap in the market for African designers to feature their creations in the West.

The use of African textiles in design has created some of the world’s most stunning fashions but seldom get beyond the runways in Africa. StylesAfrik is out to change this long anticipated gap in the fashion industry. The idea was to start something fresh where traditional African prints and influences would fuse with modern design to promote an interest in what has up until now been considered a niche market.

The emphasis will be to feature the hottest designers in the African fashion industry. Both young and established designers from around the world will be selling a wide range of fashion styles for all ages including men’s clothing.

StylesAfrik is all about fusing traditional and modern, tribal and western using both handmade and synthetic materials. As the name suggests the focus is to provide popular, current trends and style, taking different elements and combining, modernizing and improvising upon them.